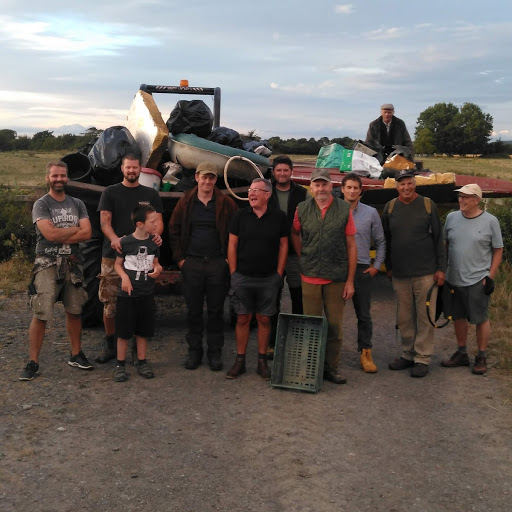 Three weeks to the start of the season. It has appeared to have been a good year for mallard with ducklings being seen right up to a couple of weeks ago. The dry weather helped and the nesting tubes were well used. If you want to know how to build a wild mallard nesting tube look up ‘Building a mallard hen house’ on utube. Also check out http://www.westmorlandwildfowlersassociation.co.uk  click on conservation and then WWA wildfowl nest project.

There are quite a lot of canada geese around at the moment skeins of over forty have been seen also a pair of gadwall were seen locally last week.

We have been helping out with vermin control, mainly crows and also have a couple of crow traps out. This is a service the association provides to landowners whose land we have the sporting rights on.

On the conservation side we have had work parties on two of our oldest ponds carrying out maintenance although this is an ongoing thing and more reed clearance will be done in the next few weeks. One of our members has designed and built a solar pump, this will be used to maintain splashes and certain flooded areas keeping the water levels up and marshy areas wet, benefiting all wildfowl and waders by providing high tide roosts. More reports on the pump will be posted once its up and running.

Finally the CWA have an article in this weeks Countrymans Weekly and will be contributing further pieces.